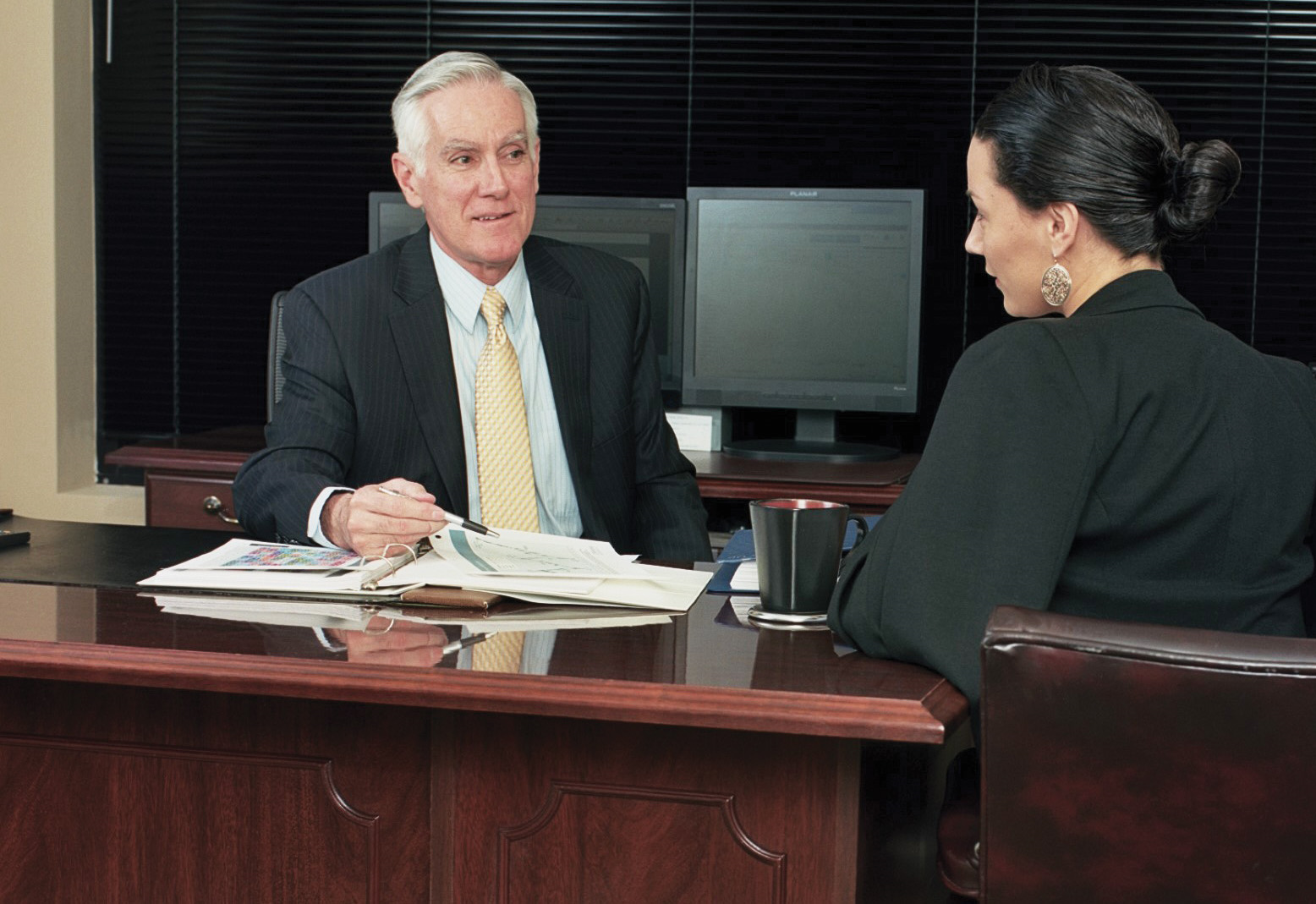 If you’re ready to retire or your current job comes with an expiration date, you’re probably staring at IRA rollover forms and pension paperwork.

Accumulating savings is a piece of cake compared to savings distribution—tapping your retirement accounts in the right order. Make too many missteps, and you put your nest egg at risk or lose a chunk to the taxman.

Can spending money really be more difficult than saving it? Most of us don’t know how to segue from savings mode to withdrawal mode, and there’s no one-size-fits-all solution.

One common blunder: Savers see the balances in their retirement accounts and think they’re on a par with Bill Gates, but they don’t realize that $100,000 in tax-deferred money might be $75,000 or even $70,000 once taxes are deducted.

Vincent A. Schiavi, a Wilmington certified financial planner who was named one of the best in the country by Worth magazine, put it succinctly: "Retirees are faced with managing a finite amount of resources for the remainder of their lives."

Before you can determine how much you’ll need in retirement, you need to know how much you spend now. "People tend to underestimate their total actual spending," said Schiavi, a certified public accountant who also earned certified financial planner designation.

One trap: Lifestyle creep. "The years just before retirement are often the highest-earning years," Schiavi said. "As earnings increase, so does discretionary spending. The lines blur between ‘discretionary’—your wants—and ‘necessary’—your needs."

He said the key to a good retirement plan is maximizing each potential resource: CDs, 401(k)s, 403(b)s, IRAs, Social Security, annuities and pensions.

A fee-only planner who does not sell products to his clients, Schiavi recommends keeping a close eye on costs that can deplete your savings. "The 401(k)s can be kept with employers or rolled into IRAs for more control and investment options. However, doing a rollover, or a trustee-to-trustee transfer, is not automatically better. If the funds are rolled into an IRA and high-priced products are sold to you in the account, or if there are frequent securities transactions adding to annual costs, then you probably would have been better served by staying put," he said.

Some retirees have the option to choose between a lifetime pension, a lump-sum payout or some combination. It’s complicated. "Today’s lower rates should be resulting in higher lump-sum offers," Schiavi said. "But, if the beneficiary wanted to invest the lump sum today in conservative, interest-paying investments, their returns would be very low."

He said the old rule that savers with hefty, diversified portfolios can withdraw four percent each year and expect their money to stretch for 30 years is still reasonable, but, again, it’s complicated. "It is still a good rule of thumb when projecting an accumulation number while you are many years from retirement," Schiavi said. "Within 10 years or so of retirement, we would not recommend it to project your retirement readiness. You would want a higher level of confidence in your withdrawal plan. Why? There are too many variables that impact the four-percent rule."

The short list of variables includes your own life expectancy, your age when your withdrawals begin, and whether recent returns are muted or above average.

IRAs do not have to be tapped until you reach age 70 ½, but often it makes sense to withdraw earlier to provide cash flow or to take advantage of your new, lower tax bracket to convert your regular IRA to a Roth IRA, Schiavi said. "We have done multiyear Roth conversions to keep the conversion tax bracket low in any one year. Having state-of-the-art tax-planning software makes this analysis possible, with the caveat that tax laws are hardly set in stone," he said.

While many buyers think annuities create tax-free retirement income, Schiavi points out that the money is not really tax-free. "When you buy an annuity with already-taxed funds, a portion of each payment you eventually receive is a return of your already-taxed premium. The remainder represents investment earnings that are subject to tax. Most annuities also carry heavy annual expense charges and significant surrender charges," he said.

Social Security planning is no longer just a question of starting at 62 or waiting until full retirement age, Schiavi said. Married couples have several options that can produce different lifetime benefits by tapping spousal benefits or letting one account grow while tapping the other.

"The bottom line is too many people don’t know what they don’t know," Schiavi said. "That means options and opportunities that might increase their retirement security are not adequately vetted. Many retirees are counting all their savings and not allowing for taxes on money that has been accumulating tax-deferred."

Most workers save in a variety of accounts—IRAs, 401(k)s. To limit the tax bite, you must determine which one to tap first. "The goal should not be to pay the lowest taxes in any one year, but rather to pay the lowest total tax over a number of years," Schiavi said.

Having different investment buckets—such as taxable funds, tax-free funds, and tax-deferred funds—allows for planning flexibility, he said. The sentiment some years ago was to delay withdrawing funds from tax-deferred accounts for as long as possible. That has changed. Avoiding a distribution from that account in a later year could actually result in higher total taxes.

Retirees also have to be conscious of stealth taxes, like the increase in your Medicare premium when your adjusted gross income goes over a certain threshold. Those with significant resources could also be impacted by the new 3.8-percent investment tax, if income is high enough.

Despite dire warnings of health-care costs upending retirement plans, Schiavi said he has not seen that happen to retirees with Medicare Parts A and B, plus Medigap coverage, and a solid retirement plan.

He said Medicare and Medigap can cover up to 100 days of skilled nursing home care per year after a three-day hospital stay, although custodial care and extended nursing-home stays are legitimate concerns. "The number of long-term-care insurance providers has been shrinking for years, but there are still a few stable carriers remaining," Schiavi said.

"The difficulty for consumers is the inability to estimate what the total cost of premiums will be over the life of the policy. Premiums can start out affordable, but they can be increased and increased significantly," Schiavi said. "We have seen some clients elect to self-insure this risk, while others decide to insure one spouse instead of both. Withdrawals from traditional IRAs and annuities used for health-care expenses may reduce taxes to the extent they exceed the appropriate floor of adjusted gross income and contribute to itemizing deductions."

"If you are presented with a retirement-income solution that sounds too good to be true, trust your instincts," Schiavi said. "We are aware of promotions designed to attract unsuspecting investors into ‘guaranteed’ products that have traps that could cause underperformance." 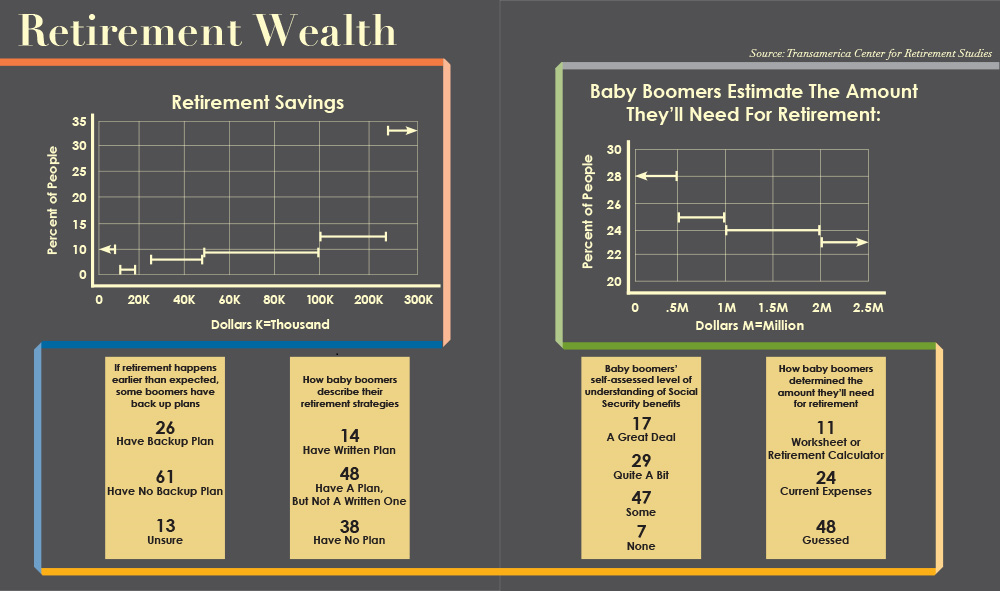 These pro-bono programs offer financial advice with no price tag: